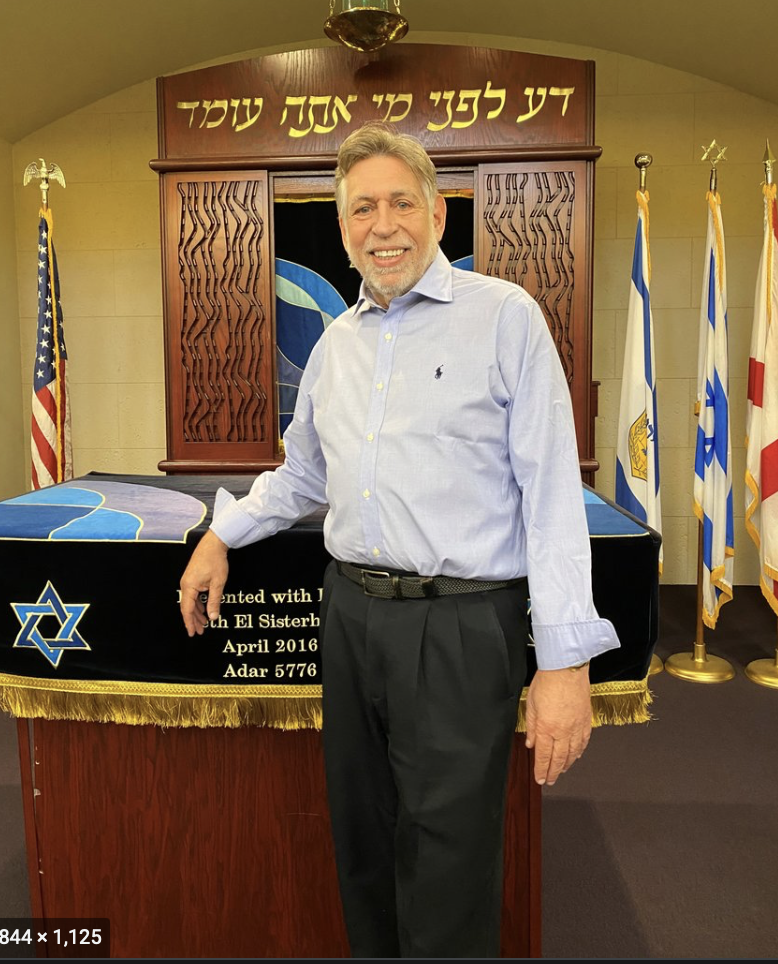 Michael Matuson has been a Rabbi in Jacksonville since 1996. He is an advocate for social justice and recently served as Chair of the Board of Directors of the National Conference for Community and Justice.
Prior to coming to Jacksonville, Rabbi Matuson was Associate Director of the Union of American Hebrew Congregations, Southeast Council and Rabbi at B’nai Zion Congregation in Shreveport, Louisiana.
He has published in Reform Judaism, Jewish Monthly, and Journal of Reform Judaism and he has appeared on “60 Minutes” and a local interfaith television program called “Faith to Faith.” Rabbi Matuson is a native of New York and a proud father of a daughter, Rachel.

Matuson began his career in earnest in 1984 as assistant rabbi at Congregation Ahavath Chesed, The Temple in Mandarin. After two years, the Temple appointed him associate rabbi.
During his time in Duval County, he served as president of the Jacksonville Food Bank and was an active member of the Interfaith Council of Jacksonville, the Jacksonville Board of Rabbis, and Habitat for Humanity.
Eventually, however, it was time to go out on his own. In 1989, he served as senior rabbi at B’nai Zion in Shreveport, Louisiana. He was also an adjunct professor at Louisiana State University and Centenary College and was awarded an honorary doctorate from LSU in 1991.
It was during this time that he was called upon to take a stand against hate.
David Duke, a member of the Louisiana House of Representatives who had been a neo-Nazi and grand wizard of the Ku Klux Klan, was running for governor.
“He was ahead in the polls, and we were seeing Duke signs everywhere,” said Matuson. “And the Klan was walking in front of the synagogue in full Klan regalia. Every Saturday morning, they’d be marching.”
The rabbi got involved in anti-Duke activities, but due to the synagogue’s tax-exempt status he was forbidden to mention any candidate by name.
That’s when the congregational president asked him to speak out, promising that the congregation would pay any IRS fines he incurred.
So, Matuson met this challenge head-on.
“It was a grueling experience,” he recalled. “You’re exposed to ugliness from people that really hated Jews. And not in a passive way. In an active way.”
He endured numerous threats, and the ATF and FBI had to post agents in the sanctuary to protect the congregation. At one point, the authorities arrested two youths from Dallas who were planning to drive to Shreveport with maps of the synagogue, Matuson’s home address and a collection of weapons.
For his courage in combatting racism, Matuson was awarded the Ralph Waldo Emerson Humanitarian Prize.

When the senior rabbi at The Temple in Mandarin retired in the late 1990s, Matuson returned. But after several years there, he knew that he needed a smaller congregation where he could form real, genuine relationships with the individuals.
“I wanted to be able to look out at the faces in the sanctuary and know who they are,” he said.
So, in 2008, he came to Beth El, the Beaches Synagogue in Ponte Vedra, where he has served as the rabbi ever since.
He has found Beth El the kind of place where — as in the song for “Cheers” — everybody knows your name.
“If somebody were not at services, I would know that they were missing,” he said. “And other people would, too. And we would call, we would check: Are you OK?”
Over the years, Matuson said those relationships have enhanced his own sense of spiritual development.
“I think I’m a different man — I’m sure I’m a different rabbi — than I was,” he said. “The things that I thought really mattered when I was younger now don’t. And other things are priorities.”
One of the key lessons he said he has learned was the importance of listening.
“The other person isn’t a comma, just some delay until you think of the next important thing that’s got to be said,” he explained. “That all changed for me. It was the listening that I found lovely. It was what I received rather than dispensed that was more important to me.”
A few years ago, Matuson pledged $100,000 of his own money toward paying off the synagogue’s mortgage. This inspired others to contribute. Now, Matuson expects the building, constructed in 2004 at a cost of $1.8 million, to be paid off by the time he retires in June.
The rabbi of Beth El for the past 13 years doesn’t have a lot of plans for his retirement. He’s leaving that open-ended for now.
But he said he’d still be involved in the synagogue, where he has had a lasting impact, and where he continues to go to pray.